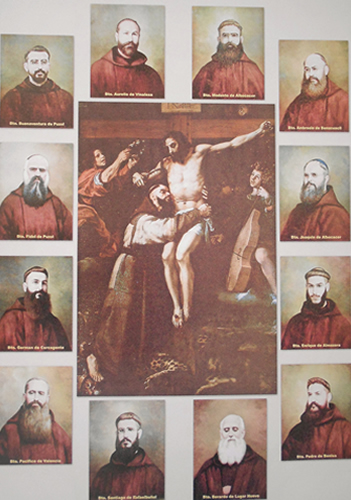 Born in Vinalesa (Spain) in the year 1896. From a young age he was drawn to religious life in the Franciscan Capuchin Order, which he joined. During the religious persecution in Spain, he had to abandon the convent and seek shelter with a family. He was detained and soon after killed on August 28, 1936. He died yelling: “Long live Christ the King” In the same period, 11 other Capuchin monks and 5 Clare Capuchins, suffered martyrdom.