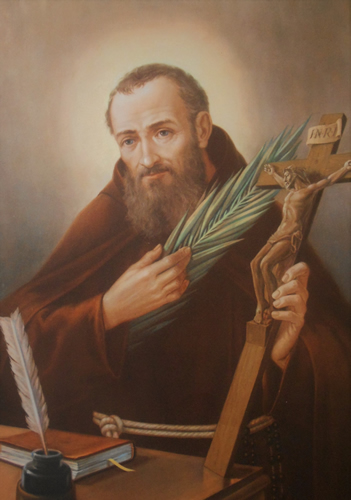 Born in 1739 in a little town near Freiburg, to Swiss parents from Posat. He received a solid formation in the Jesuit School of Freiburg, where he stood out for his intelligence and religious fervor. At the age of 23 he joined the Minor Capuchin Brothers and was ordained priest in 1764. He taught Philosophy and Theology, he excelled for his qualities in the fields of pastoral and cathequesis and devoted himself with zeal to the popular missions. Along with him, on September 2, 1792, a group of Franciscans were martyred during the French Revolution for refusing to sign the clergy’s civil constitution. Pope Pius XII elevated them to the glory of the altars in 1926.