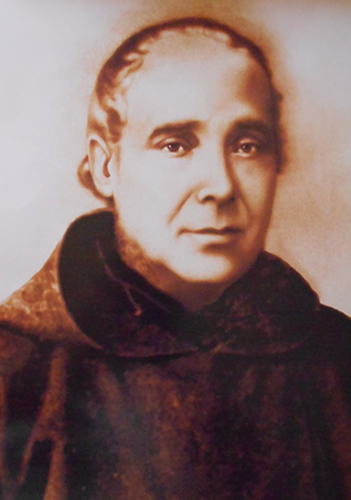 Born in Igualada (Barcelona) in the year 1811, to a large religious and working family. At home, he learned the human and Christian virtues that made up his personality. As a young man, he joined the Capuchins, professed in 1828 and was ordained in 1834. The political and social situation in Spain was turbulent. In 1835 the suppression of convents started, and religious persecution was unleashed. After a brief stint in jail, F. Tous left for Italy and France, returning to Barcelona in 1843. He devoted to the parochial ministry and the guidance of religious associations. Concerned for the children’s and youth’s Christian education, he founded the Capuchin of the Mother of the Divine Pastor Institute. He died in Barcelona on February 27, 1871. He was made blessed in the year 2010. About him Benedict XVI, said: “Despite numerous tests and difficulties, he never allowed bitterness and resentment take hold. Stood out for his exquisite charity and his ability to endure and understand the shortcomings of others.