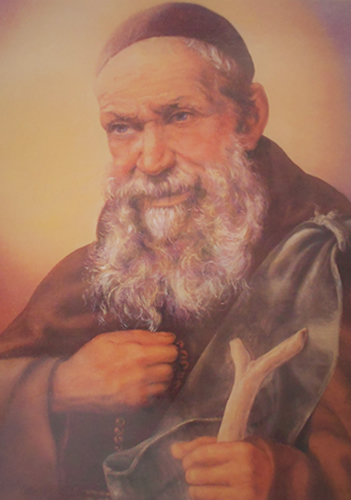 Blessed Nicholas was born on August 5, 1882 in Gesturi (Cagliari, Italy, he belongs to a humble and very religious family. Being an orphan, he worked in the fields. In the year 1911. He joins as an oblate to the Capuchin brotherhood of San Antonio de Cagliari. He begins his novitiate on October 30, 1913, professes on November 1, 1914, and makes his solemn profession on February 16, 1919. He is transferred to different brotherhoods in Sardinia until he returned to the Cagliari brotherhood where he remains 34 years as a pauper. He possesses a profound spirit of prayer and an immense charity, surrendering to the poor. He is faithful to the Franciscan devotions like the Eucharist and the devotion to Virgin Mary. He dies on June 8, 1958. Pope John Paul II makes him blessed on October 3, 1999.