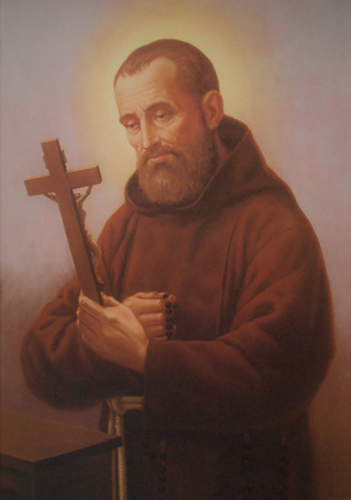 Bernard was born in 1605 in Corleone, Sicily. Of a tall and strong complexion, he had a quarrelsome and violent reputation. After a sincere complexion, he radically changed his life. He was a member of the Third Franciscan Order and dedicated himself to works of mercy with the poor, the infirm and the afflicted. He later asked to be admitted to the Order of the Minor Capuchin Brothers. He distinguished himself for his evangelical experience impregnated of profound piety. Faithful to the baptism and the religious consecration, his only concern was to mimic crucified Christ more every day through a devout charity and penitence. He died at Palermo on January 12, 1667. He was made blessed by Clement XII on 1768 and made Saint by John Paul II in the year 2001.