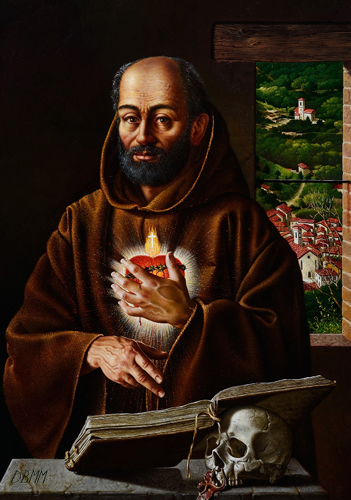 He was born in the little town of Olera, situated in the Val Seriana (Bergamo) in 1563, he was a herder until the age of 17, helping his parents with their livelihood due to the povery in which they lived in, he was never able to study -there was no school in the region- so he was illiterate. On September 12, 1580 with 17 years of age, he joined the Franciscan Capuchin Order in the convent of Verona, where he learned to read and write, proving to be a young novice filled with all the virtues. He was champion of the defense of the faith and the promotion of popular piety in Tirol and Veneto during the first half of the 17th century. Made blessed on September 21, 2013 by HH. Francis.