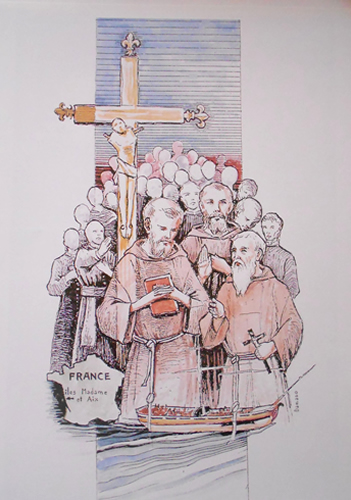 Born in 1720, he joined the Minor Capuchin Brothers in Lyon and, after being ordained presbyter, he was well-known in the ministry of confession and spiritual guidance. Monk of great nobility of spirit, affable, humble, patient, he shone everywhere with Franciscan joy. Worn out by cruel captivity, he died on May 19, 1794. He was the first of the 22 martyred Capuchins in Rochefort. They were part of the 64 French priests named blesseds by pope John Pail II on October 1, 1995.