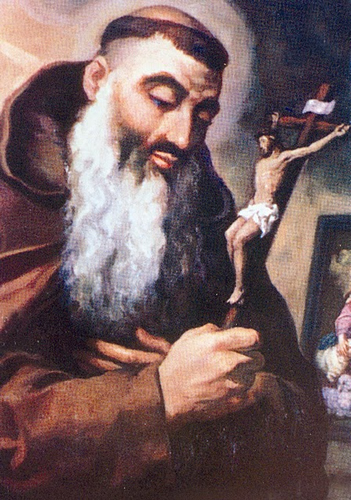 Born in Cadiz in 1743. He joined the Minor Capuchin Brothers when very young. He was an amazing preacher, both in Andalucía and most of the Iberian Peninsula. The biggest temples were unable to hold all his listeners. His oratory gifts were accompanied by singular heavenly graces, He was considered an apostle of mercy. He wrote numerous works. Died in Ronda in 1801. He was made blessed by Leo XIII in 1894.