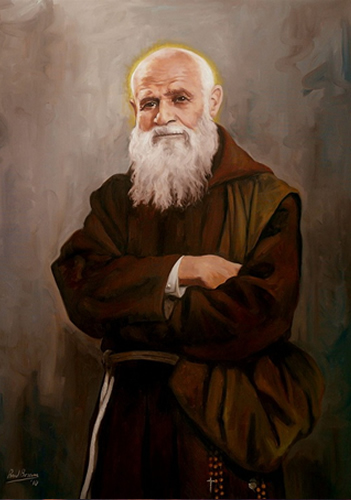 Born in Alpandiere (Malaga) on June 24, 1864. Being of an adult age, he dressed the garb of the Minor Capuchin Brothers. For half a century he lived in Granada begging for mis convent, for the poor and for missions, while at the same time, he distributed the spiritual aid of solace, advice and an example of an austere and pure life. He prayed with extraordinary faith and prayer devotion of the three Hail-Marys for anyone who asked or came to him. After a long illness, during which his virtues shone even brighter, he died in Granada on February 9, 1956. He was made blessed in Granada on September 12, 2010 by the cardinal delegated by pope Benedict XVI.