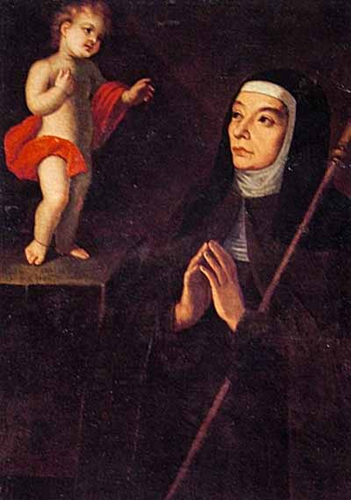 Born in Barcelona on September 1, 1592. An orphan of both father and mother, she joined the Clare Capuchins Monastery in her hometown from a young age where she professed on September 8, 1609. At the age of 21 she was sent to the Capuchin monastery of Zaragoza as a teacher for novices. After directing this monastery as an abbess, she founded the monastery in Murcia. She had an elevated gift for contemplation, fed by the meditation of the Liturgy of the Hours, and at the same time by a solicitous charity for the sisters. Died in Murcia on December 2, 1665. Was named blessed on May 23, 1982 by John Paul II.